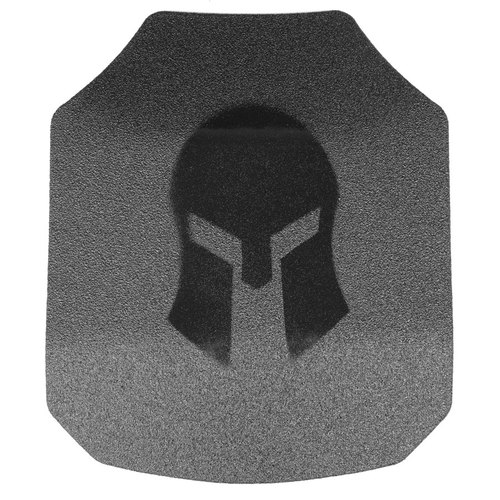 AR550 armor hits the “sweet spot” in the Brinnell Hardness (BHN) range. With a core hardness of approximately 545-560 BHN, it's perfect for defeating higher velocity threats while not exposing the armor plate to extreme stress due to forming. Sold and priced as pairs, 10" x 12" and 11" x 14" size, base or full coat. Made in the U.S.A.​​​​

Add to Cart
By purchasing from Ballistic Armor Defense and Equipment, LLC, you agree to be bound by these terms and conditions (“Terms & Conditions”); furthermore, you represent, warrant, and confirm the following:
- You are at least 18 years of age and the age of majority in  your state, province, or territory of residence at the time of purchase.
- You are not a felon.
- You are not legally barred from purchasing, possessing, or using the item(s) purchased.
- You are legally allowed to possess and use the item(s) in your state.
- Your purchase does not violate any local, state, or federal laws.
- You are not purchasing the item(s) for criminal or amoral purposes.
- You will only use the item(s) purchased for lawful purposes.
- You are purchasing the item(s) on your own behalf and not on behalf someone else in order to avoid
complying with these Terms and Conditions.
- You assume all risk of use (or misuse) of the item(s) purchased.
- You understand that body armor is not bullet proof—IT IS ONLY BULLET RESISTANT, and if a bullet strikes you there is always a
risk you will be injured or killed.
International Traffic in Arms Regulations (ITAR) / Export Regulations
Level III and IV rifle rated body armor (Rifle Plates) fall under the jurisdiction of the International Traffic in Arms Regulations (ITAR), and are subject to the export control laws of the U.S. Government. Export or retransfer of Rifle Plates by any means to any foreign end user, or for any other end use, whether in the U.S. or abroad, without the written approval of the U.S. Department of State, is prohibited.
The sale, transfer, transportation, or shipment outside of the U.S. of any product prohibited or restricted for export without  complying with U.S. export control laws and regulations, including proper export licensing, documentation or authorization, is strictly prohibited and may result in civil penalties and/or constitute a federal crime. Ballistic Armor Defense & Equipment, LLC will not engage in any transaction that requires the illegal export of any products and will not assist directly or  indirectly with the illegal export or re-export of any products.